Bruce Rossmeyer who owned 15 Harley Davidson dealerships was killed July 30, 2009 in a motorcycle crash in Wyoming on his way to Sturgis Motorcycle Rally. According to the Wyoming Highway Patrol Rossmeyer was passing a truck pulling a trailer that was trying to turn left on Highway 28 in Sweetwater County Wyoming. The truck apparently signaled and started to turn left off the highway while Rossmeyer was attempting to pass. 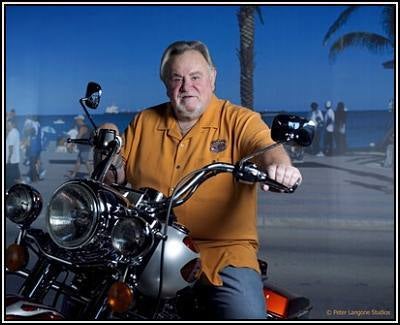 Rossmyer was a charitable and likable character who opened his first dealership in 1994 and was a big promoter of Daytona Bike Week. According to Motorcycle USA his crowning achievement is Destination Daytona in Ormond Beach. Rossmeyer built it to be the complete biker experience. Not only is it a motorcycle dealership, but it's also a full-blown resort complete with restaurants and bars, a tattoo shop, stores, condos, and a hotel. Rossmeyer who was 66 is survived by his wife and 5 children. Our thoughts are with his friends and family.