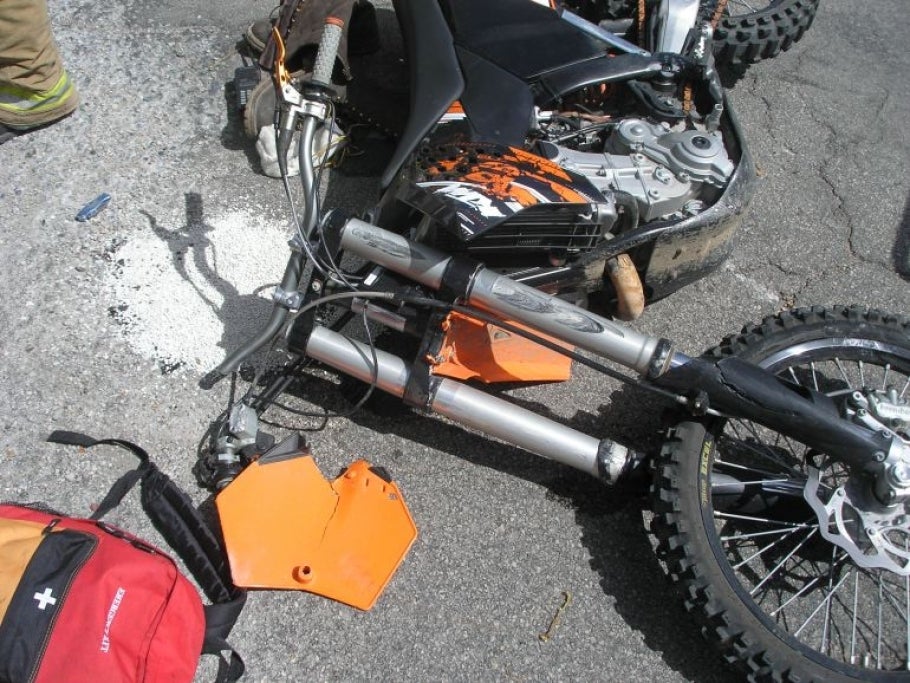 A terrible motorcycle crash occurred yesterday, Saturday May 24, 2015 at about 11 AM. Jeremy Morgan, 24-year-old of Park City is in critical condition in a Salt Lake hospital.

Jeremy was southbound and the bus was northbound on State road 32 where it intersects with Browns Canyon Road. This intersection is south of Rockport Reservoir and north of Oakley. Apparently the bus driver turned left, directly in front of Jeremy, to head west onto Browns Canyon Road. The bus driver stated at the scene that he did not see Jeremy or his motorcycle. The motorcycle slid and ended up under the bus. The driver, five students, and one chaperone occupied the bus. Drugs or alcohol are not suspected as a cause of the crash.

We are confident that the police are investigating but Jeremy's family should contact an attorney immediately because independent evidence should be gathered as soon as possible.

The evidence would include pictures of the scene of the crash. There was rain yesterday and any evidence of skid marks or slide marks needs to be documented ASAP. Inevitably the defense attorneys for the bus driver will want to place liability on Jeremy claiming he was speeding. I know this because this is their standard operating procedure in any motorcycle case.

Oftentimes buses have internal video recording while the bus is in motion. This may help to show that the bus driver was otherwise distracted. Many buses also have ‘black boxes' that record speed and other vital information that may prove relevant. Letters should be sent to preserve all of this evidence.

It also appears that Jeremy was riding a dirt bike. The defense attorneys will claim that a dirt bike is not a vehicle that should be on the highway again trying to blame Jeremy for the crash. Many dirt bikes have headlights that come on and stay on as long as the ignition is turned on. The motorcycle will need to be examined to ensure that the light was on at the time of the crash.

My heart goes out to Jeremy and his family. My heart also goes out to the bus driver and all of the other people involved. It is heartbreaking that this crash occurred at all. We need to be careful and watchful for motorcycles.

Utah Bike Law is a motorcycle law firm and its lawyers are dedicated to representing injured motorcycle riders and their families. If you or a loved one were involved in a motorcycle crash in Utah we invite you to call for a free confidential consultation. There is no obligation and you are not charged any fees whatsoever unless we recover money for you. Utah Bike Law and its attorneys are licensed to practice law only in the State of Utah and maintain offices in Salt Lake City, Utah. No attorney client relationship is established by simply visiting this website.