Earlier this year on March 24, 2010 there was another motorcycle crash near the same location on 12300 South and Minuteman Drive. This crash also involved a left-turning vehicle.

Coincidentally I am handling another motorcycle crash that occurred also near the same location but this case involved road construction and not a left-turning vehicle. Also coincidentally I was riding my motorcycle at this intersection this past Sunday. The traffic in this area is very heavy – even on a Sunday. 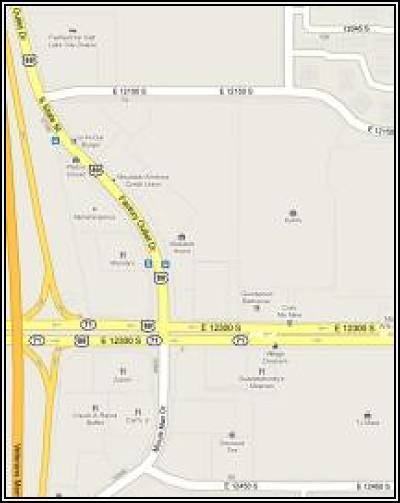 Motorcycle crashes often occur when a motor vehicle is making a left-hand turn. Utah law requires that a left-turning vehicle yield to oncoming traffic. Contrary to conventional wisdom about 77 percent of motorcycle crashes involve another motor vehicle. About one third of these crashes involve a left-turning vehicle. In this most recent crash, like in most left-hand turning cases the driver of the vehicle will most likely be cited for “failure to yield.” Evidence of a citation however can not be used in court to prove the liability of the car driver. The law dictates that the introduction of such evidence is too prejudicial against the driver of the motor vehicle. Also because of a new law evidence indicating whether the motorcycle riders were or were not wearing helmets is also not admissible as evidence.

My thoughts are with the injured bikers and thier families.

Utah Bike Law and its lawyers are not representing any of the parties mentioned in this article at the time the article was posted. Our information source is cited in the article. If you were involved in this incident or a similar incident and have questions about your rights and options, call us or another reputable law firm. Do not act solely upon the information provided herein. Get a consultation. The best law firms will provide a free consultation. We provide a free, confidential consultation to not at fault persons named in this article. The free consultation offer extends to family members as well. Utah Bike Law and its attorneys are licensed to practice law only in the State of Utah and maintain offices in Salt Lake City, Utah. No attorney client relationship is established by simply visiting this website.