At about 6:30 a.m. yesterday a 29-year-old man riding his 2007 Honda motorcycle struck a Pontiac Sunfire driven by a 19-year-old Ogden, Utah man at the intersection of Antelope Drive and Sunset Drive when the car turned left in front of the motorcycle. The car was turning north onto Sunset directly into the path of the oncoming motorcycle causing the crash.

The motorcycle crash victim was wearing a helmet and no obvious head injuries were noted at teh scene. However, the motorcycle rider did sustain significant injury to his pelvis and leg. A medical helicopter was called for the injured motorcycle rider which landed east of the scene on Antelope and evacuated teh motorcycle rider ot he University of Utah Medical Canter for treatment. An officer at the scene said that sun does not appear to be a factor and citations are pending the outcome of investigation. 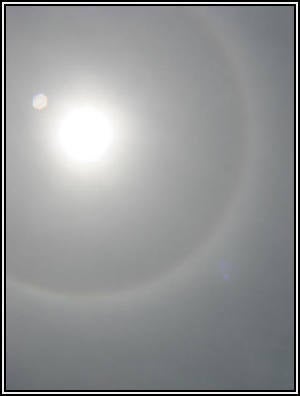 It is a curious thing to me that officers and the media often want to attribute some of the blame for the crash to the sun or the weather in general. What I do not understand is why these same people are unwilling to attribute the cause of the crash to the person driving beyond their ability for the conditions. For example, assume that the driver of the car in the crash above was turning into the sun and his ability to see was obscured by the sun. Regardless of his obscured vision he turns and causes the motorcycle to crash intot he side of his car. Is the sun responsible or the driver of the car. In my mind, if the driver of the car could not see down the road to ensure that his intended path of travel was clear, he should not make the turn and endanger the life of others or his life. The oncoming motorcycle driver does not realize that the sun is obscuring the turning driver's vision, the motorcycle driver does not have clairevoiant powers and the motorcycle driver does not have magical power to levitate his motorcycle up and over the offending vehicle. My sentiment also holds true for trees or shrubery that might obscure an iontersection. If the driver proceeds we should assume he was able to see the intersection od the oncoming traffic.

My sentiment however does not extend to traffic signs or more accurately to the lack thereof. If you are traveling on a highway or road and there are no signs indicating construction you should be safe in assuming that the road is suitable for highway or road speed. If you assume that there is no construction becasue of an abscence of construction signs and crash into construction or stopped vehicles in the middle of the road becasue of the construction I think you have a viable case against whoever was irresponsible for choosing not to place proper signs.