Left-turning Car Kills Robert Adkins While on his Motorcycle

Robert Adkins, 48, of Henrieville was heading east at about 9:00 p.m. when a Honda Accord heading west turned left in front of him causing the crash. Adkins was riding his Harley Davidson Super Glide when the Accord turned left to enter Harold's Place Inn in Panguich. Left-turning vehicles are a major cause of crashes with motorcycles – often the driver of the vehicle claim they just plain did not see the motorcycle. 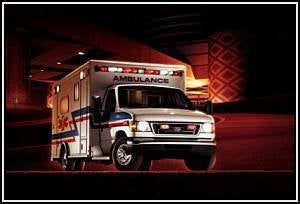 Becki Bronson, the Garfield County sheriff's spokesperson says Adkins was leaving the Silverado Boys Ranch south of Panguitch when he was killed. He had recently started a job there as a counselor after finishing a master's degree in social work at Southern Utah University. Mr. Bronson leaves behind a wife and six children.

This crash needs to be fully investigated and screened by the county attorney for possible charges. This is a horrific and totally unnecessary accident that could have been prevented had the driver of the Accord simply slowed down and looked. There are great losses resulting from this crash including a father to six children and a loving husband who was about to contribute to society as a social worker helping troubled youth at Silverado Boys Ranch.