May is Motorcycle Safety Month – Missing the Mark?

I read two articles this morning. The first article was in the Salt Lake Tribune titled “Utah Bikers Warily Approach Riding Season” and the other article was on the local Fox website titles “Motorcycle Safety Urged with New Statewide Campaign.” Both articles focus on motorcycle safety.

The Tribune article makes a mistake in its opening line stating “Bikers and troopers have mixed feelings heading into the heart of Utah's rising season…” I ride a motorcycle and I think that most, if not all of us that do ride, have no mixed feelings about the upcoming riding season. I look forward to this time of year – every year – with an anticipation like that of a child at Christmas. I have no qualms about getting on my motorcycle and riding. Highway troopers probably appreciate more so than anyone else, except the victims themselves, of how devastating motorcycle crashes can be. After all it is often left to troopers to clean up after a crash. Perhaps the troopers do have a sense of wariness as the riding season approaches.

The Trib article introduces the Utah Department of Public Safety “Drive Aware – Ride Aware” program attempting to decrease the number of motorcycle deaths and injury. The slogan for the Drive Aware – Ride Aware program is “Cars have bumpers. Bikers have bones.” A quick check of the website for the motorcycle safety program however shows left over brochures from last year's program and nothing new about solving the motorcycle crash problem. 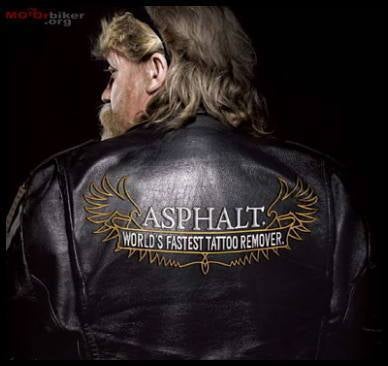 Both articles talk about the necessity to wear safety equipment including helmets. As a reminder to the public it is not the law Utah that all motorcyclists wear a helmet. Only motorcycle riders less than 18 years of age are required to wear helmets. So if you see a motorcycle rider without a helmet and assume that he or she is breaking the law you are wrong. The whole helmet issue is a choice issue and has been blogged about and written about extensively. Believe me – I know this issue inside and out and even though I personally wear a helmet and all of the gear 99% of the time I can respect the choice to not wear a helmet.

What really troubled me about both articles is that the commentators and the overall tone of both articles seem to persist in putting the blame on motorcycle riders. I forget the exact source but about 75% of all motorcycle crashes are the result of the other vehicle driver. In other words the motorcyclist is only responsible 25% of the time and the vast majority of them are single vehicle crashes. In both articles reference is made that because motorcycles are small relative to cars that motorcycles have a tendency to hide in the blind spots of drivers. Maybe to remedy the problem drivers have to watch for motorcycles in blind spots!

In my motorcycle injury practice time and time again I hear the offending vehicle driver say “I just didn't see him.” I hear it time and time again. When the offending driver says “I just didn't see him” I hear “I just did not care enough to slow down and check my blind spot or to look before…” Something has to change in this state. That something, in my opinion, is the awareness that vehicle drivers bring to situation when driving. Car and truck drivers are doing everything in their vehicles except paying attention to driving. They are eating, drinking, shuffling papers, singing, gawking around and most offensively texting or talking on cell phones. How about driving and paying attention for a change!