Motorcycle Crash on I-15 in Construction Area

On June 6, 2009 a distracted tow truck driver initiated a sequence of events that would leave one man dead and others fighting for their lives. Michael Carver was killed when his Honda SUV was struck by the tow truck after it crashed through temporary concrete lane dividers. The tow truck then struck a pick-up and landed on top of a Toyota . All of this happened in a construction area on I-15 in Davis County. About one half hour later two people on a motorcycle were thrown from their motorcycle when they came upon the crash created by the tow truck. The man and woman motorcycle riders were airlifted to local hospitals in critical condition. 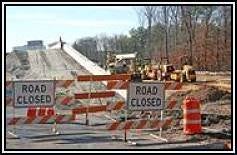 I often find it very interesting to read that follow the article in the press. One such list of comments can be found on the Deseret News site. From reading the comments it sounds like there were people doing what was needed to be done from helping the man out of the crushed Toyota to simply holding onto others while they waited for EMS to arrive.

UDOT claims that the things they “…do in construction zones meet and exceed National (Transportation) Safety Board standards,” according to the Davis County Clipper. However UDOT also increased safety measures by placing more barrels on the road to warn drivers so they have more time to merge away from highway construction sites. The National Transportation Safety Board has very specific and stringent rules that control the placement of warning signs in construction areas. I have read these rules very closely when investigating other cases and what most impresses me is the line between too many signs and not enough. Too few signs and there is inadequate warning – too many and the construction zone becomes a maze of confusion. Human frailties have to be considered and any human tendency to attenuate is under stress in unique and new situations – in other words there is a fine line. The rules exist for a reason and that reason is that the NTSB does the research and determines the best rules to follow.

I do not know if all of the NTSB rules were being followed by UDOT but I know that they need to be investigated. Were the lane dividers of the proper size and weight? Were there too many signs – too few? Were the correct signs being used – were they in good repair – properly positioned? These are all questions that need to be asked – and answered. I address these issues in another recent post where another motorcycle rider died on I-84 in Utah concerning construction areas. The bikers injured need a good motorcycle injury lawyer to fully evaluate their crash.