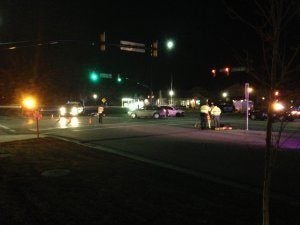 It is important to understand how important it is to be safe when riding around at night and during your commutes to work or wherever you are going. Since it is starting to warm up, more crashes are happening that involve motorcycle riders. It is important to always wear protective gear and to make sure that you are always visible to other drivers. We all know that most drivers can't see motorcycle drivers.

A 38-year-old man was killed in a motorcycle accident in South Salt Lake. According to the reports, the motorcycle rider t-boned a Jeep that was turning into an apartment complex. It was not clear if the rider was wearing a helmet or not.

A 21-year-old man smashed into the side of a school bus around 2:30 p.m. The man was on his bullet bike when he hit the side of the bus that had 20 students in the bus. It was hard to say what caused the crash. The man was transported to the Utah Valley Hospital since he sustained significant head injuries.

It is hard to comprehend that a single event in your life can change your life so drastically. As I was reiterating what these news articles said, I found two interesting things that were in each article. First, the article always said that the motorcycle crashed into the other vehicle. It was never the other way around. Second, the article had to mention whether or not the motorcycle rider was wearing a helmet. The articles never mentioned whether or not the person driving the other vehicle was wearing their seatbelt. Why do you think that is?