Motorcycle Profiling: It Happens More Often Than Not 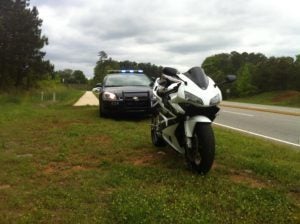 There are many motorcycle communities that help defend the welfare of other people within their community. There is a biker “gang” called Bikers Against Child Abuse. This “gang” assigns an abused child to two members of the bike group. These two group members are there to go through anything with this child from going to court with them to face their abuser to standing watch outside the child's house all night if the child fears his/her attacker will try to get them at night.

Does this sound like an aggressive, angry, violent community to you?

Motorcycle riders get pulled over, often without cause, by local and state police officers because they are simply riding motorcycles. The officer will just pull a motorcycle rider over based on the stereotypes that they had heard around the bullpen or in the media.

Let's try to make a difference! Take action and sign this to contact your representatives in Congress to ask them to support the Motorcycle Profiling Resolution (H.Res.318 and S.Res.154).