Dust Off the Motorcycle Cobwebs & Practice – But Be Careful

Every spring I take my motorcycle and along with my daughter, who has her own motorcycle, go down to the school parking lot on 5400 South State in Salt Lake City and practice. We go here because the Motorcycle Safety Foundation teaches a motorcycle safety class here almost every weekend throughout the spring and summer and they have markings for the motorcycle course on the parking lot. We go through the routines of tight cornering and evasive maneuvering usually finishing up after an hour with what I call panic stops – straight and on a curve. This is an annual beginning of season ritual for me and I hope it is for you too.

Unfortunately for Andrew Lang of Willard he was test riding an off-road motorcycle in a parking lot early yesterday morning in West Haven in Willard County, Utah. Unknown to Mr. Lang a car entered the parking lot and apparently each failed to seee each other and the car and motorcycle collided. 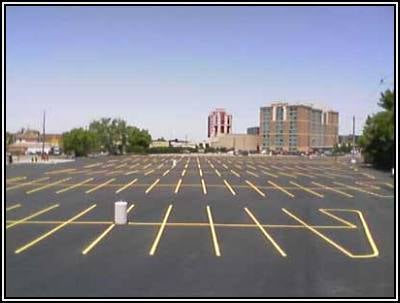 Lang, who was not wearing a helmet, was thrown over the car, said Weber County Sheriff's Sgt. Chris Stettler. Lang was transported to McKay-Dee Hospital, where he was taken into surgery for serious head injuries as well as leg and arm injuries. No citations have been issued in what Stettler termed a “freak accident.”

So you have to be careful when you are on a motorcycle – whether you are in a parking lot or not!