Should Reckless Disregard for the Safety of Others be Criminal

Roy Utah was the scene of a motorcycle death on June 11, 2009 at the intersection of 1900 West and 5900 South when he was struck by a car. According to Roy Police Chief Greg Whinham a car pulled out of a parking lot hitting the motorcycle. Apparently the initial crash sent the motorcycle rider into the oncoming lane where he was hit by two other vehicles. The rider of the motorcycle was Dallas Olsen, 29 years old of Roy, Utah. 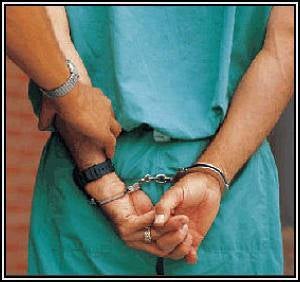 As of today the crash is still under investigation but police are releasing the names of the three motorists involved in the crash, but won't say which one could face charges. The three others involved have been identified as Dustin J. Delair, 31, Amy Fennell, 40, and Brandi Peterson, 28. “At this point, because it's a preliminary investigation, we won't release their positioning in the crash,” Whinham said. “So far, there has been nobody cited and no charges.”

This senseless crash follows another recent and senseless crash just north of Chicago. In the Chicago crash a woman painting her fingernails failed to notice or even slow down rear-ending and killing a woman on a motorcycle that was waiting for a light to change. There is a lot of talk about stiffening criminal charges for people who blatantly ignore the traffic laws and end up killing others. What do you think?