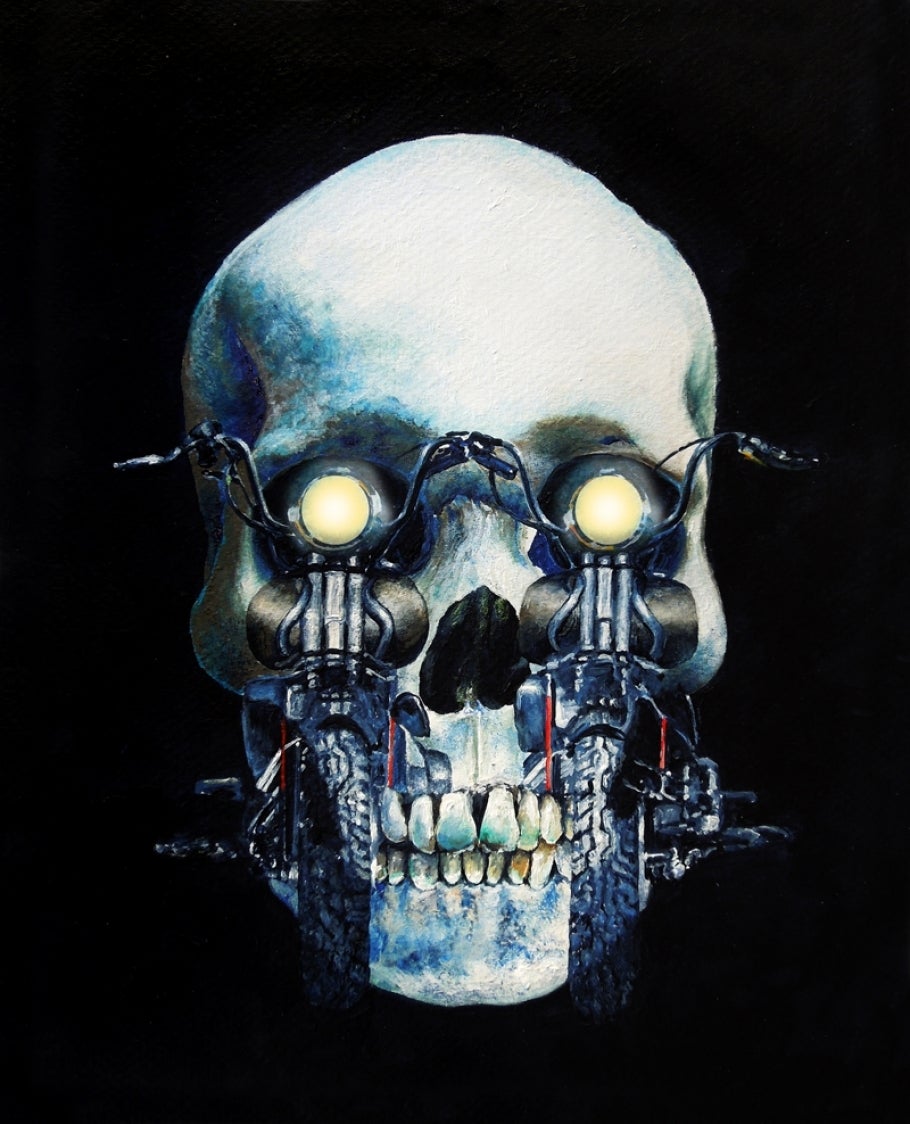 Why do bikers have a connection to skulls? The question comes up from time to time so I spent a good part of a rainy Utah Saturday searching the net for answers. The following is what I found and where.

The image of the skull is very popular in the biker culture. Many bikers have skulls on their motorcycles, clothes and tattooed on their bodies. It is possibly the most frequent symbol used by bikers today, but why? The most common meaning associated with the skull is a representation of death, but is that really what they're saying?

There's no question that the skull has come to symbolize our mortality. In art, going back hundreds of years, skulls were placed in paintings as a “memento mori.” The loose Latin translation is a “remembrance of our own death.” This refers to the warning that we all have a beginning and an end. In Roman times, slaves would shadow the returning generals as they paraded through the streets on their way to be greeted by Caesar. They would repeat to the general, “Respice post te! Hominem te memento!” (Look behind you! Remember that you are but a man!). In other words, don't get cocky, death waits for you too.

Taking a step away from the macabre and looking at the winged skull symbol, this first became prevalent on tombstones. The wings give the skull an “angelic” appearance. Placing the winged skull on the grave symbolized a life after death, where angels would transport our loved ones to a better place. Regarding angels, many squadrons in WWI and WWII named themselves “Hell's Angels.” They marked their planes with winged-skulls, perhaps in hopes of transcending death, literally out-flying the grim reaper. Some people believe the motorcycle club of the same name was started by some of these combat vets.

Another association with the skull is the ancient belief in its power to ward-off evil. In this sense, the skull is used as a protection from death. Yet, at times, the skull has had contradictory meanings. The age old “skull and crossbones” has been used for centuries to instill a “fear” of death. It has been used by pirates, Nazis, drug makers and chemical manufacturers. Across all languages, even if one doesn't know how to read, the crossbones mean only one thing, “Stay away or you will die.” Pirates attributed a dual meaning to this. The skull for them also symbolized the inevitability of their own demise. Pirates saw the “bones” both as life – their ruthless occupation – and death; the despair in knowing that they would all die as a result of their life's choices.

Many ancient societies thought the skull had a completely different meaning. Their crystal skulls actually represented life, knowledge and enlightenment. Those who made the skulls were considered master artisans with unparalleled gifts. Later in years, those treasure seekers who sought the crystal skulls hoped to potentially achieve immortality. Skulls cover a lot of philosophical and psychological ground. Are they a symbol of death? Or is it the inevitable cycle of life and death that attracts us? For those who wear the skull, only they really know why. Maybe it's just because it looks cool.

Ride safe and fearless brothers and sisters of the road.