The Salt Lake Tribune reported that Leland Lloyd, 53, of Lancaster was riding south on Greensprings Drive in Washington City when a northbound green Ford Explorer made a left-hand turn in front of Lloyd. The head-on crash occurred at about 9:15 a.m. Sunday morning August 6, 2009 and despite wearing a helmet Mr. Lloyd was killed at the scene when his head hit the SUV. The driver of the Ford Explorer was 54-year-old John Hanson of St. George. Hanson was arrested for suspicion of automobile homicide, driving under the influence, open container and improper left turn. 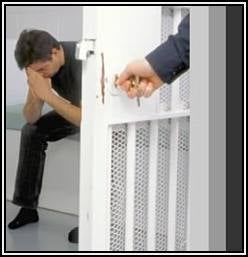 This is another drunk driver causing the death of another motorcycle rider. Regardless whether the surviving family wants to forgive and forget the drunk driver we need to start taking these cases seriously and make it known that if you drink and drive in Utah you will be prosecuted fully.

There was a recent article on CBS 60 Minutes that profiled a New York district attorney Kathleen Rice that recently charged a drunk driver, not with manslaughter, but with murder. She charged the drunk driver with murder because “The statute under which he was charged required us to prove that through his actions, he had a completely depraved indifference to human life.” Rice says she is pushing for tough sentences because nothing else is working. In spite of sobriety checkpoints, a recent study by the federal government showed that 15 percent of adult drivers actually admitted to driving under the influence at least once in the past year.The outcome of the charge was a conviction of second degree murder and the drunk was sentenced to 18 years to life.