The True Cost of Drowsy Driving 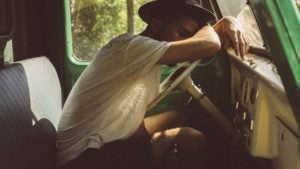 Drowsy driving is a far too common occurrence today. It's in part due to Americans chronically getting less sleep than they need. More than a third of American adults don't sleep enough on a regular basis.

Lack of Sleep can Mimic the Effects of Drunkenness

When you're sleep deprived and driving, it's a dangerous situation. Going without sleep for 20 to 21 hours has a comparable effect of having a blood-alcohol level of .08 percent, the legal limit in most states. Make it to 24 hours, and you'll reach an equivalent of 0.1, higher than the legal limit in all states.

Drowsy driving and drunk driving share many of the safe effects on driver safety. Whether you're drowsy or drunk, you will struggle with driving abilities, including:

People who snore, or who usually sleep six or fewer hours per day are more likely to report falling asleep while driving. In a survey of 150,000 adults, 4 percent reported that they had fallen asleep while driving at least once in the previous 30 days.

Drivers who don't get enough sleep, commercial drivers, shift workers, drivers with untreated sleep disorders, and drivers who use medications that make them sleepy are the most at risk for drowsy driving, but this can happen to anyone.

Drowsy Drivers are a Danger to Motorcyclists

Motorcyclists are at risk of deadly crashes due to drowsy drivers. The signs of drowsy driving include yawning or blinking frequently, trouble remembering the last few miles you've driven, missing your exit, drifting from your lane, or hitting a rumble strip on the side of the road. Motorcyclists are easily hit if a driver is drifting from his lane, fails to stop in time, or loses control of the vehicle.

Drowsy driving is responsible for an estimated 72,000 crashes, 44,000 injuries, and 800 deaths annually. However, it is believed these numbers are underestimated, with up to 6,000 fatal drowsy driving crashes each year.

What Bikers Can do to Stay Safe From Drowsy Drivers

Motorcyclists have to be especially aware of drowsy drivers. Drowsy drivers may drift from their intended lanes and could hit less visible motorcyclists in an adjacent lane.

As a motorcyclist, there are some things you can do to reduce your risk of accidents with drowsy drivers:

Ben DiMaggio is a researcher for the sleep science and health organization Tuck.com. Ben specializes in investigating how sleep, and sleep deprivation, affect public health and safety. He lives in Portland, Oregon. His worst sleep habit is checking his email right before bed.