A long-time police motorcycle tradition is coming to an end – at least in part. The Utah Highway patrol has purchased 10 new BMW motorcycles to help catch speeders and reckless drivers in Utah instead of buying the traditional Harley Davidson motorcycles. Officers claim that the BMW motorcycles have faster acceleration, are lighter, have better gas mileage and braking distance is shorter. All of this may or may not be true but I think that tradition should also be honored. 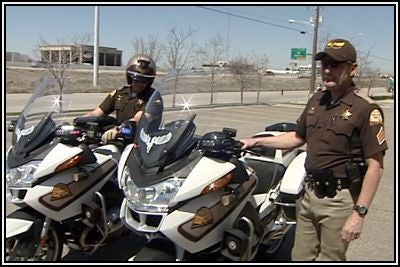 Another issue is buying American versus – what – where are BMW motorcycles made anyway? Well – let me tell you. It appears that they are manufactured in Berlin, Germany. It also appears that some of the engines are manufactured in Austria, China and Taiwan. Are these nations leaders in human rights? We probably have children in china manufacturing parts of these motorcycles. I thought we, as Americans, are supposed to lead the world in how we go about doing business. Are we simply looking for the best solution at the cheapest price without regard to tradition or other factors? If we are I think that is a sad day for America.

I also think that, at least according to the news I read, that we are in an economic crisis the like that we have not known for decades. Maybe we should consider buying motorcycles made in Milwaukee – that's right – Harley Davidson. As for the UHP buying BMW motorcycles and their claims to the bike's superior capabilities I bet Harley has something to say about that.

What do you think? I think, even though I do not like getting a ticket, that seeing police officers on traditional Harley DavidsonMotorcycles inspires a sense of what America is – and maybe should remain.