Zachary Graham Brown was killed in a motorcycle crash in West Haven Utah on April 7, 2010. Like so many motorcycle crash cases we handle the driver of the car told police she never saw Brown on his motorcycle until the two collided. Brown was reported to be going through a green light where the speed limit is 50 mph.

Again, like so many motorcycle crash cases we handle it appears that Zachary Brown was doing everything right. he was reported to be wearing all of the proper gear including a helmet, gloves, leather jacket and boots. His motorcycle had a high intensity headlight and a very loud muffler. All of this did not stop a driver of a car from simply not seeing him. 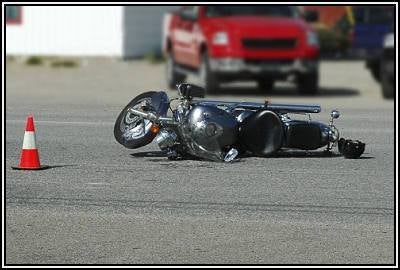 It is also reported that the car that caused the crash is registered to Mr. James Chipp who is the driver's father and who happens to be a retired captain with the Weber County Sheriff's Office – the same agency investigating the crash. The parents of Brown rightfully want the investigation of the crash to be performed by another agency even though Captain Chipp worked in corrections and not enforcement. It also appears that a blood / drug test was not performed on the driver of the car – standard operating procedure where a fatality results.

These questions, and more like them, can be answered by a good motorcycle injury laawyer who uses tried and true resources to independently investigate the crash. Such a source would be an independent crash scene investigator for example.

Utah Bike Law and its lawyers are not representing any of the parties mentioned in this article at the time the article was posted. Our information source is cited in the article. If you were involved in this incident or a similar incident and have questions about your rights and options, call us or another reputable law firm. Do not act solely upon the information provided herein. Get a consultation. The best law firms will provide a free consultation. We provide a free, confidential consultation to not at fault persons named in this article. The free consultation offer extends to family members as well. Utah Bike Law and its attorneys are licensed to practice law only in the State of Utah and maintain offices in Salt Lake City, Utah. No attorney client relationship is established by simply visiting this website.