Mark Shurtleff had a motorcycle crash in 2007 and has required a dozen surgeries to repair a shattered and infected leg. Shurtleff is running for a senate seat in Utah against GOP incumbent Bob Bennett and as a result Shurtleff had to report his financial status. He makes $153,839 per year as Utah's top law enforcer and lists assets between $366,000 and $815,000. He is also the beneficiary of one of the most comprehensive health plans offered in Utah – the Utah Public Employees plan.

Jason Powers, Shurtleff's campaign consultant, stated that despite Shurtleff being well-insured and left with a pile of debt that “By no means is socialized health care an option,” Powers said. It is unfathomable to me what Shurtleff is thinking – one of the best medical insurance plans in Utah and he is left with a mountain of debt from an accident. Imagine how others cope – those without a six-figure income and great health care – ordinary people! 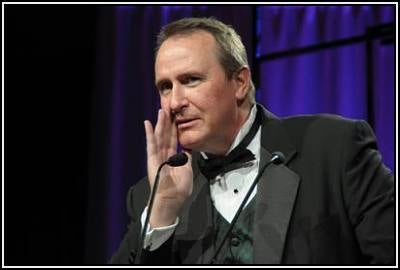 Here is a reprint of a public forum letter that appeared in the Salt Lake Tribune – I think it summarizes and states eloquently what a lot of us are thinking:

I was deeply saddened to read about Utah Attorney General Mark Shurtleff's financial troubles as a result of his 2007 motorcycle accident (“A.G. reports sizable debt after surgeries,” Tribune , July 10). Turns out his huge medical bills are causing him quite a financial headache, despite having arguably the best health insurance in the state.

Oh, well, with his $153,839-plus annual income, I'm sure he'll find a way to muddle through. For the rest of us, we can rest easy, knowing that Shurtleff hasn't changed his mind about health care, and that we will have no subversive socialized plots in the guise of a single-payer health care program to take away our American freedoms.

The fact that an American citizen making an average salary and facing these types of medical expenses would be crushed and likely left destitute should in no way deter us from our goal to keep the private sector's health care profits as high as possible.

Keep up the fight, Mark, on behalf of us all!