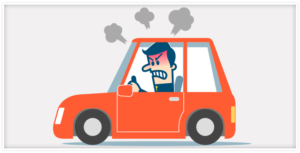 We found this video online recently. There are so many emotions that accompany this video. There is sadness, rage, disbelief, fear, disappointment and a million other emotions. This video is quite upsetting. Road rage is defined by “violent anger caused by the stress and frustration involved in driving a motor vehicle in a difficult situation.”  Some people take it too far as you will see in this video.

What Are Your Reactions?

The caption of this video reads: Jaw Dropping Road Rage in Florida: Should the driver be charged with attempted murder? Now, we see why this is a huge accusation but if you think about it, wasn't the driver trying to hurt the motorcyclists? The discussion before the incident was too heated to where the vehicle driver tried to hurt the two motorcyclists.

There's no going around it: you have to turn left when you drive to get to where you want to go. One of the biggest reasons that motorcyclists get into accidents is because other vehicles don't look before making a left-hand turn. And also, right-hand turns for that matter. When making a left-hand turn, you judge if you have enough time to turn in front of the person coming at you. You have to decide in a few seconds what to do. Sometimes you miscalculate the turn and you end up in an accident. In the video below, you see how dangerous miscalculating or not paying attention is.

We know that most accidents are out of the control of at least one party. We get that. However, there are many ways that accident prevention falls on you. Be aware of your surroundings. Don't engage with someone if they start to yell at you on the road. Don't take out your aggression on the road. This goes for every driver not just motor vehicle drivers.