Woman Painting Her Nails While Driving Kills Motorcyclist – Does the Charge Fit the Crime?

Anita Zaffke, 56, died about an hour after being slammed into from behind by Lora Hunt driving a Chev Impala while painting her nails. Zaffke was stopped at Route 12 and Old McHenry Road heading southbound towards home when the Hunt's Chevrolet Impala slammed into her back tire. The force threw Zaffke's motorcycle 200 feet up the road. A Monday autopsy found Zaffke died of multiple internal injuries to the chest and abdominal area, as well as a spinal fracture, according to Keller, who said the death has been ruled an accident. 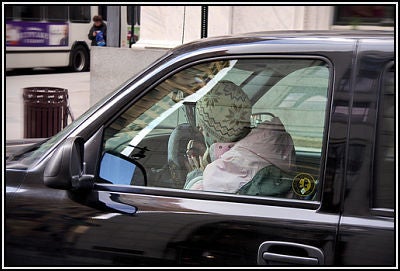 Hunt wasn't arrested Saturday and was simply given a ticket for failing to reduce speed to avoid an accident. Hunt is facing misdemeanor charges according to CBS station WBBM-TV.

There is no report that Hunt had any intent to cause the crash. That lack of intent takes a lot off the table for the prosecutor in this case. There is a good argument that can be made for Hunt being charged with reckless driving, gross negligence and having total disregard for the safety of others. I often see stories that appear to undercharge when a motorcycle rider is the victim of a crash caused by the gross negligence of others. I feel sympathy for Hunt and am confident that if she could have a redo she would not be painting her nails while driving. However, acts like this have to be prosecuted becasue it serves as a measure to remind the public to be careful. Hunt's life should be ruined – she recklessly killed a vibrant woman and mother.